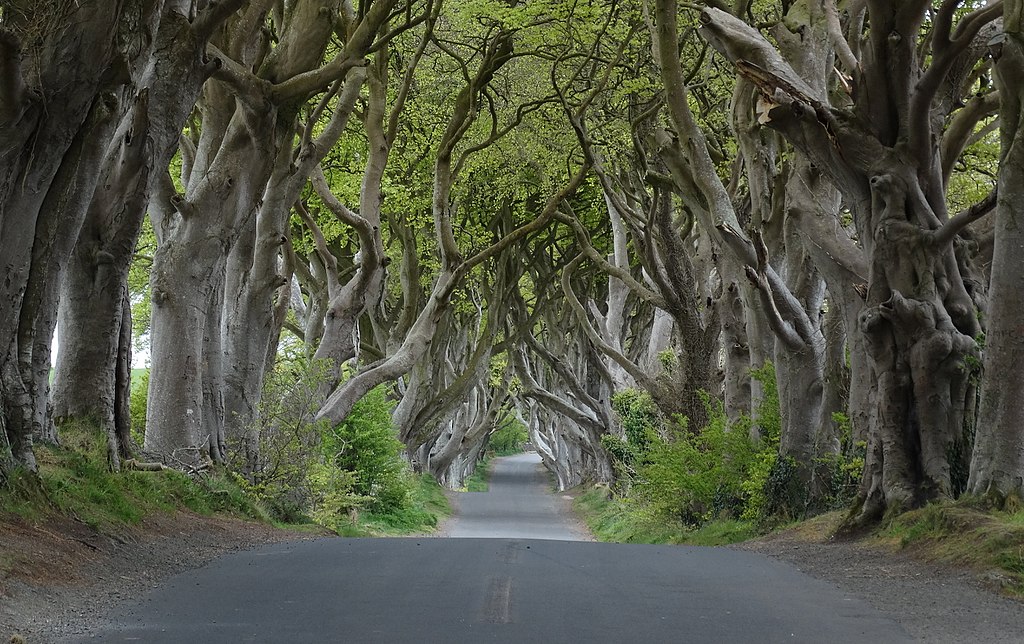 The Dark Hedges is an avenue of beech trees along Bregagh Road between Armoy and Stranocum in County Antrim, Northern Ireland. The trees form an atmospheric tunnel that has been used as a location in HBO‘s popular television series Game of Thrones, which has resulted in the avenue becoming a popular tourist attraction.
(Quelle: Wikipedia)

Colin Park – This file has been extracted from another file: Dark Hedges near Armoy, Co Antrim.jpg